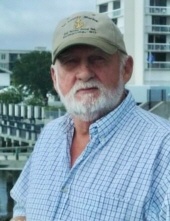 Don joined the Army and was stationed at the Nike Base in Swedesboro, New Jersey where he met his future wife Jayne. They married June 1, 1963. After retiring from the Army, Don became a farmer at Stechers farm in Woolwich, New Jersey and retired from there after 44 years. Don enjoyed fishing and was an amazing woodworker. Don and Jayne spent 45 years together in New Jersey before they moved to Eutawville, South Carolina in 2007 where they vacationed together for many years.

Don was greeted in heaven by his late wife Jayne Sharon Stackhouse (nee Sholders), his father Clarence, his mother Anna May, and some of his brothers and sisters.

The service and burial will be at Lake Park Cemetery in Swedesboro, New Jersey at a future date.