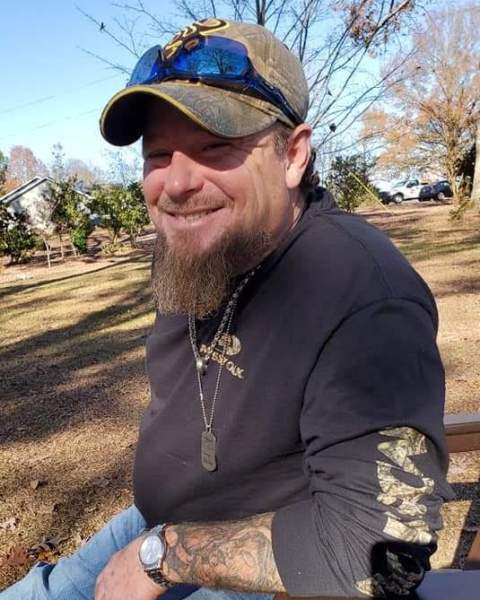 Born on September 6, 1975 in Orangeburg, SC he was a Son of Linda Risher Hodges and the late William "Billy" Avinger.

Gus worked most of his life in the construction industry as a heavy equipment operator until he became the owner and operator of his own business “In A Pinch Property Enhancements” in the most recent years.   He loved spending time with his family and especially was loving with the little ones. His favorite pastime was holding a fishing pole in a lake somewhere. He would pitch a tent and spend the night on a riverbank as often as he could.   Gus never met a stranger and was always willing to help others.  He was a momma’s boy since birth but will surely be missed by all.

Gus is preceded in death by his father, Billy, and a daughter, Novaleigh Avinger

A graveside service will be held Saturday, September 24, 2022 at 11am at The Avinger Family Cemetery, Hwy 6, Santee, South Carolina.

In lieu of flowers, memorial contributions may be made to Avinger Funeral Home.

To order memorial trees or send flowers to the family in memory of William Augustus "Gus" Avinger, please visit our flower store.