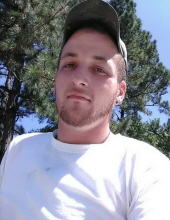 In addition to his parents, survivors include his wife, Codie Nicole Francis Fuller; his dog, Colt; a sister, Megan D. Fuller and grandparents.

Travis enjoyed spending his time with his wife and dog at the lake. He loved the outdoors.

A Celebration of Life will be held at a later date.

In lieu of flowers, memorials may be made to Avinger Funeral Home, PO Box 203 Holly Hill, SC 29059.
To order memorial trees or send flowers to the family in memory of Travis Michael- John Fuller, please visit our flower store.