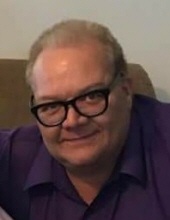 Timothy Charles Smith, 51, of Eutawville, entered into eternal rest on August 22, 2021, surrounded by his family. He was an extremely essential piece of his family's happiness since the day he was born on July 06, 1970 in Charleston. He was a son of the late Wylie Smith and Elsie Mains Smith. He always made himself available to his family no matter the situation. You could always count on Timothy. His loyalty and devotion harnessed no bounds. He was actively intertwined and supportive to his family which are immensely grieving his loss.

He is survived by his mother, Elsie Smith, his brother, Wylie C. Smith, his sisters, Charlene Grooms and Michele Campbell. He is equally mourned and survived by his nephews, Pierce Campbell, Austin Campbell, Jacob Campbell, Trevor Campbell, Cameron Campbell, Eric Schmitt, Andrew Schmitt, Alex Schmitt, and John Williams. Also, left extremely grieved are his nieces, Tiffanie Smith, Chyeanne Adams, Calesta Grooms, Skylier Grooms, Lakisha Schmitt and Autumn Holloway. He also leaves behind 4 great nieces and 6 great nephews who found solace in his devotion. He is also survived by a multitude of aunts, uncles, cousins, and friends. And, there is no doubt that his memory will burn bright in their hearts forever.

The service will be determined by the family at a later date due to the unfortunate outbreak of COVID-19, and private invitations will be sent to Timothy’s remaining loved ones.
To order memorial trees or send flowers to the family in memory of Timothy Charles Smith, please visit our flower store.