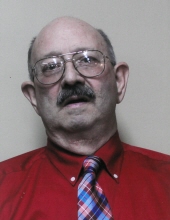 Bowman- Thomas Neel Parler, Sr, 70, left this earthly home for his heavenly home on Monday, July 22, 2019. He and his wife, Wanda have resided in the Bowman area for the past 15 years after raising their family in Neel's hometown of Holly Hill. Funeral Services will be held at 2 p.m. on Saturday, July 27, 2019 at Corinth Baptist Church with Reverend Buddy Locke officiating. The family will receive friends an hour prior to the service at the church. Burial will follow in Holly Hill Cemetery.

After his graduation from Holly Hill High School, Neel served in the U.S. Navy where he joined the order of The Golden Shellback. Upon discharge from the Navy, Neel followed in his father's footsteps to Giant Cement Holdings where he worked for 42 years, retiring in 2013. Neel was a member of Corinth Baptist Church where he served in many capacities over the years. He was also a volunteer fireman for the Town of Holly Hill for over 20 years.

Neel was predeceased by both parents, Jean Marion and Virgil Parler and one sister, Nevis Myers.

In lieu of flowers, Neel requested donations be made to Camp Burnt Gin/DHEC (A camp for children with special health care needs), 2100 Bull Street, Columbia, SC 29201.
To order memorial trees or send flowers to the family in memory of Thomas Neel Parler, Sr, please visit our flower store.