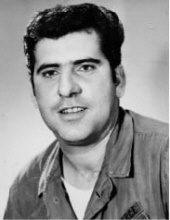 Born on June 18, 1944 in Charleston, SC Thomas was a son of the late E. K. Mallard and Lillian Margaret Mallard.

Thomas, proudly served his country in the United States Air Force from 1963 to 1971. He completed four rotations during the Vietnam War before being honorably discharged in 1971. He made Eutawville his home upon returning from Southeast Asia and that is where he would remain until he lost his long battle with cancer on December 7th, 2021.

A Memorial Service for Thomas will be held at a later date.

In lieu of flowers, memorial contributions in Thomas`s memory may be made to the charity of your choice.