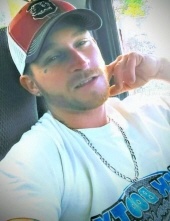 Thomas Gage Heavener, 29, of Holly Hill, South Carolina, passed away unexpectedly on Wednesday, September 30, 2020 in St. Stephen, South Carolina. Born on January 14, 1991 in Pahokee, Florida, Gage was a son of Ricky LaDon Windsor and Tonita Tollice Clemons.
Gage worked as a Welder during his life, he will be remembered as a man who loved fishing, hunting and spending time with his family.

Gage is survived by his parents; his sons, Gatlin Layne Heavener and Grayson Stone Heavener; his daughters, Megan Elizbeth Hughes and Sheley Nicole Clayton all of Holly; the mother of his 3 kids, Melissa Hughes of Holly Hill; his brother, Blade Clemons of Miami, Florida;