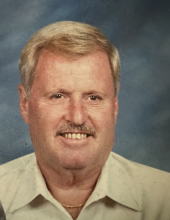 Born on December 28, 1937 in Staten Island, New York, Robert was a son of the late, Robert Gardiner and Ruth (Christie) Gardiner

Bob was a member of Southern Mustangs and Fords car club, American Legion, Marine Corps League and enjoyed golf, fishing and going to car shows . Robert was a Private in the Marine Corps and Marine Corps Reserve, serving in Korean War.

A memorial service and interment will be scheduled at a future date at the Sandridge Baptist Church in Ridgeville.

In lieu of flowers, memorial contributions in Robert`s memory may be sent to the Lewy Body Dementia Association, www.lbda.org, 404-935-6444.