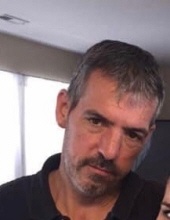 Born October 7th, 1972 in Orangeburg, SC, Robert McWaters was the son of John and Mary Catherine Bell McWaters. He grew up in Holly Hill, SC where he later owned and operated the Pawn Shop for many years. He was a loving father, son, brother, and friend that would do anything to help others. A humorous and spirited character, Robert habitually made others laugh with his witty comments and spontaneous dance moves. He was an avid Carolina Football fan and outdoor adventurer.