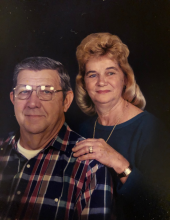 Born on November 30, 1942 in Athens, Tennessee, Robert was a son of the late, Paul Ross and Ida Bell (Tyler) Ross. Robert worked as a truck driver in the trucking industry and he served his country honorably in the Air Force. Robert will be remembered for his love of his wife and his family, his love of animals, his love of travel with his friends and his generous heart.

The service will be held at Friday, January 29, 2021 at 11:00 AM in the Chapel of Avinger Funeral Home with Reverend Owen Hill, officiating. Rite of committal and interment will follow services where he will be laid to rest next to his wife in the Holly Hill Cemetery in Holly Hill.

In lieu of flowers, memorial contributions in Robert`s memory may be sent to St. Jude's Children's Hospital or a Charity which supports the Rescue and Care of Animals.