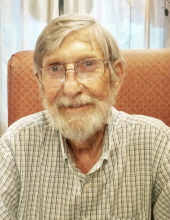 Eutawville- Maurice Randall Connor, passed away peacefully at his home on the morning of Sunday, January 12th 2020. The funeral service will take place from 3:00-4:00 PM on Thursday, January 16, 2020 at Corinth Baptist Church in Vance, SC. The family will receive friends an hour prior to the service in the fellowship hall. Burial will immediately follow in the church cemetery.

Randall was deeply devoted to his family, friends, church, and community. He was a graduate of Holly Hill High School (1965), and the Business College of Columbia. Over the years he became deeply involved in both the affairs of his church and local civic matters, belonging to: Vance Masonic Lodge #230, Omar Shrine Temple, founding board member of the Tri-County Regional Chamber of Commerce, and a deacon and chairman of the finance committee of Corinth Baptist Church. He enlisted in the South Carolina Air National Guard and transferred to the United States Army Reserves at McEntire Joint National Guard Base in Columbia, SC. He earned the distinction of the rank of Warrant Officer and helicopter pilot for five years, and was honorably discharged as such.

Randall truly was an accomplished self-made businessman, being the owner/president of Low Country Printers. He saw opportunity at an early age, both for and in the town of Holly Hill and the surrounding low country. He turned that opportunity into personal success - taking those that he loved and cared for, his family, along with him to that success. Uncompromising to the end, he never forgot where he came from or those that helped him achieve those accomplishments.

A loving family man, he was totally devoted to the love of his life, Patti Hill Connor, for 37 years, and the pride and joy of their lives, their two children, Candis Faye Connor and Ethan William Connor.

Randall was active and involved in life in general, enjoying all things outdoors. Few activities were excluded over the years - enjoying jogging, snow skiing, water skiing, camping, fishing, hunting, golf, motorcycles, and boating. But in his later years, it was the peace at heart that he found living on the banks of Lake Marion with Patti, to be his greatest joy. And that completes a life well lived.

Memorials may be made to Corinth Baptist Church, 1910 Camden Road, Vance, SC 29163, the church he loved.
To order memorial trees or send flowers to the family in memory of Randall Connor , please visit our flower store.