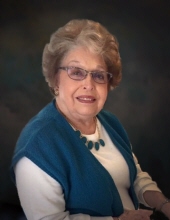 Peggy Ardis Weeks, 84, of Santee entered into eternal rest Monday, June 17, 2019. Funeral services will be held at 3 p.m. on June 20, 2019 at Harleyville United Methodist Church with Pastor Kelly Snelgrove officiating. The family will receive friends from 6 to 7:30 p.m. Wednesday, June 19, 2019 at Avinger Funeral Home. Pallbearers will be her grandsons and Scott Douglas Poaps.

She was born on May 11, 1935, daughter of the late Reverend Burton LeGrand and June Williams Ardis. She was the devoted wife of the late Wilbur Pinckney Weeks of Harleyville. Peggy was a graduate of Harleyville High School. She was a beloved piano teacher, long time banker, insurance agent and small business owner. She served as the church pianist/organist at Harleyville United Methodist Church for over 60 years, where she also served on various committees and was a former member on the Board of Trustees. She was a longtime member of The Tuesday Night No-Name Bridge Club (Harleyville/St. George) and enjoyed playing Bridge with new friends in Santee. Peggy loved her children, grandchildren and great grandchildren and enjoyed spending time with these special treasures in her life. She was gracious, interesting, entertaining with a ton of good common sense and foresight, had strong values and a joy of laughter and life.

Memorials may be made to Harleyville United Methodist Church, PO Box 345, Harleyville, South Carolina 29448.
To order memorial trees or send flowers to the family in memory of Peggy Ardis Weeks , please visit our flower store.