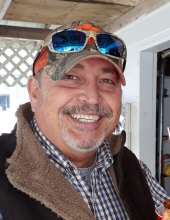 Otis was born on July 19, 1960 in Orangeburg, SC to the late Ted Carlisle Shuler and Ruth Griffin Shuler. In addition to his parents, Otis is predeceased by a granddaughter, Madelyn Clayton Shuler. Otis is survived by his wife of 33 years, Kim Sanders Shuler; a daughter, Ashley Morgan Shuler; son, Corey Daniel Shuler, (Kayla Fralix Shuler); granddaughter, Allison Maude Shuler; his brothers, Ted Howard Shuler (Gwen), Michael "Mac" Shuler (Cindy), and Dahl Carlisle Shuler (Karen), nieces, nephews, great-nieces, and great-nephews. Otis was born the third of four boys to the late Ted and Ruth Shuler; titling Otis as one of the "The Shuler Brothers," as fondly referred to by his neighbors on Planters Trace Road. After graduating from Holly Hill High School and Orangeburg-Calhoun Technical College, Otis carried the torch of his father as an avid agriculturalist. Otis procured his son and nephew as young men by exemplifying the skills of a passionate and dedicated farmer. Leading by example was a custom Otis practiced across all environments, as a pillar to his community. He was a member of Providence United Methodist Church, Founding Member of Providence Fire Department, former member of Knights of Pythias Lodge 80 and South Carolina Pork Board. Otis was reared in the First Baptist Church of Elloree before becoming an active member of Providence United Methodist Church as an adult. As a member of the Providence Church and community, Otis was dedicated to helping others-always accountable for lending a hand to those in need, regardless of circumstance. Additionally, he lead by example by coaching Little League baseball and Midget football across many seasons when his children were young. While Otis selflessly lent his talents to others, he most enjoyed spending quality time with his family and friends. As encouraged by extended members of his family, He was an enthusiastic follower of Clemson Football. Those celebratory gatherings provided Otis with the opportunity to share his skills as an aspiring chef, sharing personalized recipes with those he loved most. Otis leaves behind a large family, one that will remember him as a committed farmer, faithful member of the Providence community, loving husband, adoring father, affectionate grandfather, and remarkable brother in law, uncle, and friend.

Surrounding COVID-19, details pertaining to the arrangements of a memorial service will be disclosed by the family at a later date.

Arrangements have been entrusted to Avinger Funeral Home, www.avingerfh.com.
To order memorial trees or send flowers to the family in memory of Otis Fillmore Shuler, please visit our flower store.