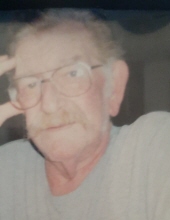 He was born on August 7, 1943 in Bath, Maine, son of the late Guy and Hattie Coffin Cunningham. In addition to his parents, Neil was predeceased by his children's mother, Joyce Cunningham and granddaughter, Cheryl Boulieu.

Neil worked for The Torrington Company in Connecticut for over 30 years. After retiring, he moved to South Carolina and remarried the late, Doris Cunningham. He was a loving and generous father, grandfather and friend to all who knew him.

He is survived by his children, Guy Cunningham, Neil Cunningham, Melissa Jackson, Brandi Koss and Victoria Runyon; his sister, Paulette Ball and numerous grandchildren.
To order memorial trees or send flowers to the family in memory of Neil O. Cunningham , please visit our flower store.