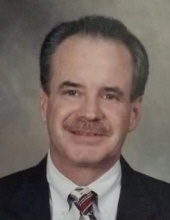 Orangeburg- Neil M Toomey, 69, of Orangeburg entered into eternal rest on May 22, 2020.
Born on June 26, 1950 in Philadelphia, Pennsylvania, Neil was the son of the late Dorothy V Maschmeyer and Matthew J Toomey.

Neil served his country as a member in the United States Navy and Navy Reserve from June 14, 1968 through February 13, 1974. He served on the U.S.S. Forrestal at Norfolk, Virginia and received the National Defense Service Medal.

Neil served his community for over 20 years providing small financial loans. Neil was known as “The Godfather of Finance” by his peers.

Funeral services to be held at the Beaufort National Cemetery, Beaufort, S.C., as permitted.
To order memorial trees or send flowers to the family in memory of Neil M Toomey, please visit our flower store.