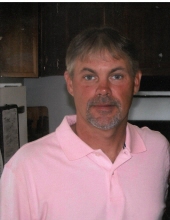 Michael "Mike" Clyde Nettles, 50, of Santee passed away on Monday, June 17, 2019. Mike fought a long and courageous battle with cancer.

He was born on October 25, 1968 in Orangeburg, South Carolina, son of the late Larry Nettles and Harriett Strock Nettles of Santee.

Mike was a graduate of Clarendon Hall. He loved hunting, fishing, golfing and wood working. He was a loving husband, father, son and friend who will be missed dearly by all. Mike was a member of Jerusalem United Methodist Church.

In lieu of flowers, memorials may be made to Avinger Funeral Home, PO Box 203, Holly Hill, SC 29059.
To order memorial trees or send flowers to the family in memory of Michael "Mike" Clyde Nettles , please visit our flower store.