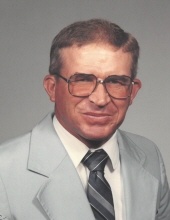 Michael Pritcher was born on August 10, 1939 in Holly Hill, SC, to the late O D Pritcher and Mary Wiles Pritcher.

Michael lived in Holly Hill his entire life and attended Providence Elementary School and graduated from Holly Hill High School, class of 1957. He served in the National Guard and was a retired farmer. He was passionate about farming, all sports, and the Clemson Tigers. He loved God, his family and his church, Corinth Baptist, which he attended his entire life.

He is survived by his wife of 33 years, Sandra Zeigler Pritcher and his three brothers, Nathan (Sandra) Pritcher and Gary (Cindy) Pritcher of Holly Hill, SC and Roger (Linda) Pritcher of Spartanburg, SC; also several nieces and nephews and numerous cousins. He was preceded in death by a daughter, Jennifer Rebecca Pritcher.

Michael will be laid to rest on Tuesday, February 18, 2020, in the Church Cemetery at Corinth Baptist Church, in Vance, SC.

The family will greet friends at 1 PM in the Fellowship Hall at Corinth Baptist Church, with a service to follow at 2 PM with Pastor Dan Johnson and Jeff Pritcher officiating.

In lieu of flowers, memorial contributions in Michael`s memory may be made to the Corinth Baptist Church General Fund PO Box 69 Vance, SC 29163 or a charity of one's choice.

The family would like to thank Mrs. Anne and other employees of Amedisys Hospice in Sumter for their kindness and service during his illness.

Expressions of sympathy may be viewed or submitted online at www.avingerfh.com.