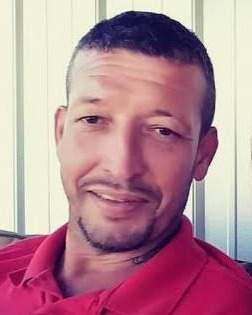 Born on May 23, 1981 in Charleston, South Carolina, Hule-O was a Son of Debra Robinson Mizell and the late Bubba (Marion Sims) Risher, JR.

Hule-O attended Harleyville-Ridgeville High School.  He worked as a Heavy Equipment Operator for Risher Mining in Harleyville , was an Ironworker with several local companies and also worked with Carolina Bridge for the late Johnny Platt.  Hule-O enjoyed a mixture of Rap and Country music.  He loved being with his friends and gathering for cookouts. Hule-O never met a stranger, but most of all he loved his quality time he spent with his only child, Shaianne Risher

A graveside service will be held Monday, September 12, 2022 at 11am at Bethel United Methodist Church Cemetery, 1163 Beidler Forest Rd., Dorchester.

In lieu of flowers, memorial contributions may be made to Avinger Funeral Home, PO Box 203, Holly Hill, SC, 29059.

To order memorial trees or send flowers to the family in memory of Hule-O (Marion Sims) Risher III, please visit our flower store.