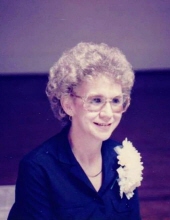 Lynn Murray Westbury went to be with her Lord and savior on October 31, 2018. A memorial service will be held at 2:00 pm on Saturday, December 8 at Holly Hill United Methodist Church followed by a visitation across the street at 2705 Eutaw Road. A brief graveside burial will take place at 2:00 pm on Sunday, December 9 at Summerville Cemetery.

Lynn was born the daughter of the late Mouzon and Marie Murray on December 13, 1939 in Summerville, SC. She graduated from Summerville High School and later Palmer Business College where she was educated in secretarial science. During her 35 year marriage, she became the mother of two, the secretary of her church, and a beloved community member of Holly Hill. Her hobbies included cross stitching and knitting, cooking, and playing bridge. Later in life, she enjoyed traveling, exploring on her laptop, and visiting with her family and friends.

Lynn is survived by her daughter, Kym Bresnahan (Dennis); her son, Michael Westbury (Amy); and one of her four siblings, Betty Gabrielli. Her most fond memories were of raising her two children, attending their events, and sharing in their company. May she rest in peace until we meet again.

The family would like to give special thanks to all of Lynn's caregivers in Columbia and at Magnolia's of Santee. In lieu of flowers, memorials may be made to Edisto Home Care and Hospice, 1180 Boulevard Street, Suite C, Orangeburg, SC 29115 or a charity of one's choice.
To order memorial trees or send flowers to the family in memory of Lynn Westbury , please visit our flower store.