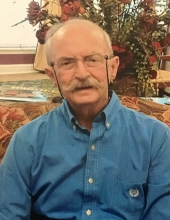 A Memorial Service will be held at 11 a.m. Wednesday, April 10, 2019 at Providence United Methodist Church, Holly Hill, SC with the Reverend Terry Martin and Reverend Justin Ritter officiating. The family will receive friends at the church following his service. A graveside service with military honors will be held 11 am Saturday, April 27, 2019 at The Island Cemetery, 224 Nonnie Curve Rd. Santee, SC.

Larry was born in Orangeburg County October, 5, 1941, to the late Wallace Hampton Shuler and the late Hattie Lee Evans Shuler. He graduated from Holly Hill High School and Newberry College where he made lifelong friends and remained active in alumni affairs. His entire working career was spent locally in the banking industry. Larry was a lifelong member of Providence Church where he sang in the choir and served as Conference delegate for many years. He served his community as a volunteer fireman with the Providence Fire Department. Larry was a former member of Holly Hill Little Theater and The Calhoun Players. He was also a member of the Orangeburg County Republican Party having held the office of treasurer and served as a poll worker during elections. Larry served his country in the Army National Guard.

Larry's family would like to thank the Magnolias of Santee staff and Edisto Hospice for their dedication and commitment to the care of Larry.