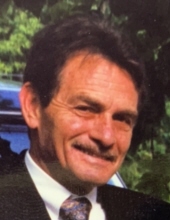 Larry James Shingler 74, of Holly Hill, SC, husband of Sherril Shingler passed away Friday, April 23, 2021 at his home surrounded by his loving family.

Larry was born September 16, 1946 in Eutawville, SC, son of the late CM and NoraLee Shingler.

He was a 1964 graduate of Holly Hill High School. After many years he retired from Holcim Cement Company. Larry was a member of the South Carolina Army National Guard, as well as a member of the Vance Masonic Lodge. He was an avid golfer and enjoyed playing pool.

A private service to honor Larry’s life will be held at a later date.