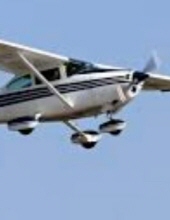 Born on January 8, 1937, in Holly Hill, Lavern was a son of the late Albert Glenn Avinger and Margaret Griffin Avinger.

Lavern loved to fly his airplane and often took others up for a ride. He was a talented wood worker and cabinet maker. He loved growing blueberries and spending time with his cats.