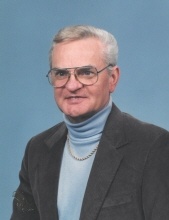 Born on February 12, 1942 in Aiken County, South Carolina, Jim was a son of the late Cecil Etheridge Sawyer and Lilla Leona (Cartin) Sawyer. Jim served his country honorably in the United States Navy where he received an honorable discharge. Jim enjoyed boxing, fishing, old cars and spending time with his family.

A memorial service to remember and honor Jim's life will be at 2:00 P.M. Tuesday, November 24, 2020 in the Chapel of Avinger Funeral Home, 2274 Eutaw Road, Holly Hill, South Carolina 29059. Officiating will be Reverend Tommy Wolpert.