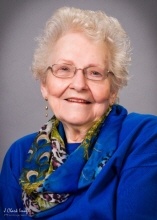 Jeannette "Puddin" Clark-Carmichael, 85, died December 8, 2016 at Carillon Assisted Living in Fuquay Varina, NC. She was born October 3, 1931 in Holly Hill, SC. A Memorial service will be held at Corinth Baptist Church, 1910 Camden Rd, Vance, SC at 3:00 on Sunday, December 11, 2016.The family will receive friends after the service in the church fellowship hall. Puddin was educated in the Holly Hill, SC school system and enjoyed life on the family farm. She was predeceased by all of her siblings: Edna (Bill) Murray White, Emily (Gurney) Brown, William (Bydrie) Marvin Murray, Jr., George (Edith) Murray, Hugo Murray, Cal (Alberta) Murray, Rut (Dotsie) Murray, Joe (Mary Jane) Murray, and Carolyn (D.P.) Murray Shuler. Of her siblings, three brothers served in the military: George Marion, Joseph Irvin, and Charles Rutledge. Charles Rutledge was a POW in World War II. Puddin married Walter A. Clark, Sr. on January 5, 1950 in a double wedding ceremony with her sister Carolyn and D.P. Shuler. She was a homemaker and farming partner as well as an active member of Corinth Baptist Church in Vance, SC for many years participating in the Adult Choir and Bible School. She was a writer for the Holly Hill Observer Newspaper and a member of a couple's Bridge Club. She became Postmaster in Vance, SC in 1974. She later became the Postmaster in Santee, SC and was name the Olin D. Johnston Award winner in 1983. In recognition of the achievements in Community activities and citizenship as the outstanding Postmaster of the Year selected by the SC Chapter of the National Association of Postmasters of the US. Mrs. Clark was predeceased by her husband, Walter in 1973. She was remarried in 2004 to George Carmichael of Evans, Georgia. Mrs. Clark had two sons, Walter A. Clark, Jr. and Richard Hugo Clark. She was predeceased by her son, Walter in 2010. She supported him through his trials and illness until his early death. Surviving Mrs. Clark is her son, Richard Hugo (Jan) Clark with three grandchildren, David Richard (Shelly) Clark, Rebekah (Craig) Dalton, Laura (Chris) Vorac and six great- grandchildren. She is also survived by her son Walter's family, daughter-in-law Donna Clark, grandchildren Kevin (Jamie) Clark, Martin (Jessica) Clark, and Ashley Clark and three great-grandchildren. Memorials may be made to Corinth Baptist Church, PO Box 69, Vance, SC 29163.

To order memorial trees or send flowers to the family in memory of Jeannette "Puddin" Clark-Carmichael, please visit our flower store.