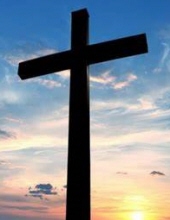 Jim served his country honorably as a sound technician in the Coast Guard serving in World War II in the North Atlantic. Jim owned an operated Jim Morris driving school in West Islip, New York. He earned a degree in Physical Education from NYU with a BS and a Masters Degree. Jim spent his career teaching in the public school system. Jim and Jane retired to the Santee-Cooper Resort in Santee, South Carolina in 1989 where Jim became active in the Santee-Cooper Resort and the Men's Golf Association there.

Jim is preceded in death by his parents; his two sons, James Morris and Kevin Morris and his sister, Catherine. In addition to his wife, Jim is survived by his sons, Robert Morris (Pauline) of Spring, Texas and William Morris of St. Petersburg, Florida; his daughter, Leslie Flemming (Jeff) of West Islip, New York; his eleven grandchildren and nine great grandchildren.

Services will be announced when complete.