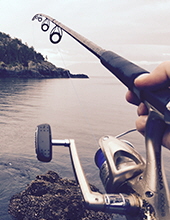 Harry Thomas Chubb, 63, of Eutawville passed away on Tuesday, June 25, 2019 at his residence. He was born in Summerville to the late Alfred Chubb, Sr. and Opal Seay Chubb. He retired from Metal Trades Shipyard after more than 30 years service. He enjoyed fishing, camping and anything that get him greasy. He loved spending time with his family.

The family will receive friends at Avinger Funeral Home from 6 to 8 p.m. on Thursday, June 27, 2019.
To order memorial trees or send flowers to the family in memory of Harry Thomas Chubb, please visit our flower store.