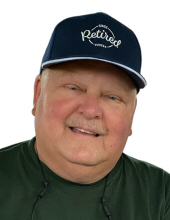 Born on September 13, 1962 in Summerville, South Carolina, Glenn was a son of the late James Caddell Jr. and Ruth Caddell.

Glenn, was a graduate of Holly Hill High School. After graduation Glenn joined the United States Coast Guard. After 23 years of service Glenn joined the Civil Service for an additional 16 years retiring in 2020. Glenn was a Mason and Shriner. Glenn loved building projects for family and friends. Glenn's greatest joy was spending time with his grandchildren and traveling with his wife..

In addition to his parents Glenn was predeceased in death by a son, Lawrence and his brother, Ronnie, as well as other family members.

In lieu of flowers, memorial contributions in Glenn`s memory may be sent to The Shriner's Children's Hospital, 950 W. Faris Rd., Greenville, SC 29605.