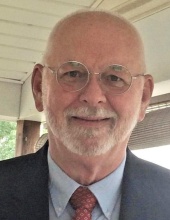 Gary David Clark, age 68, passed away Saturday August 14, 2021. He was born on February 7,
1953 in Columbus, Ohio. He is predeceased by his parents, Glenn and Thelma Clark and his sister, Glenda Clark.

Gary graduated from Whitehall Yearling High School, Class of 1971 and Columbus Technical
Institute. Gary served in many roles throughout his life particularly enjoying the role of husband, father, granddad,
elder and teacher of adult Bible classes.

A memorial service will be held in the upcoming weeks with the ability to watch virtually.

Expressions of sympathy may be viewed or submitted online at https://www.avingerfh.com/. Funeral arrangements have been entrusted to Avinger Funeral Home, 2274 Eutaw Rd., Holly Hill, SC 29059, (803) 496-3434.
To order memorial trees or send flowers to the family in memory of Gary David Clark, please visit our flower store.