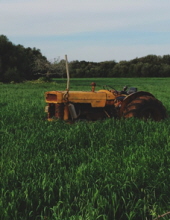 Mr. West was born on April 1, 1935 in Orangeburg, son of the late Earl and Lillian West. Cap was employed and later the owner of Providence Farmer Supply for over 50 years. After retirement, he continued serving the community with Providence Produce. He was a lifelong member of Providence United Methodist Church.