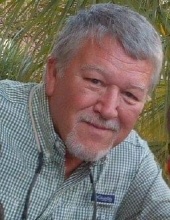 Born on March 17, 1947 in Sacramento, California. Pat was a son of the late Ernest Ewing DeWeese and Oneita Iris (Colvin) DeWeese. Pat will be remembered for his sense of humor and his ability to tell a joke. Pat served his country honorably in the United States Army as a Combat Medic during the Vietnam War where he earned a Purple Heart for his service. He volunteered at the Veterans Administration Hospital in Charleston and also at Patriots Point in Mount Pleasant. He also served on the board of the Veterans of Foreign War, Post 3137 in Isle of Palms.

Pat is preceded in death by his parents; his brother, Mike DeWeese and his daughters in law, Angela DeWeese and Lori DeWeese. Those who will most cherish his memory are his wife of 54 years, Linda C. (Gillespie) DeWeese of Summerville; his son, Brian DeWeese of Holly Hill; his daughter, Marcie DeWeese Brock (Trace) of Fort Mill, SC; his brother, Robert Forler of Columbus, Ohio; his sister, Marcia Carter of Cincinnati, OH; his grandchildren, Dylan DeWeese, Logan DeWeese, Madalyn Brock (Ryan) and Riley Jo Brock. Pat is also survived by numerous nieces, nephews and members of his extended family.

Graveside services to remember and honor Pat's life will be at 11:00 A.M. Monday, March 22, 2021 at the Fort Jackson National Cemetery, 4170 Percival Road, Columbia, South Carolina 29229. Officiating will be Chaplain Major General Charles C. Baldwin, U. S. A. F. Retired. Military honors will follow the services. Those whom will honor Pat as pallbearers are Brian Gates, Trace Evans, Ryan Markel, Logan DeWeese, Mike Graves and Tim Matthews. Please wear a mask and observe protocols due to Covid - 19.