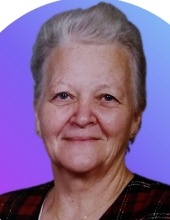 Elsie Tressa (Mains) Smith, 82, wife of the late Wylie Smith of North Charleston, South Carolina, entered into eternal rest on Friday, December 10, 2021 in Santee, South Carolina, surrounded by her family. She was born October 11th, 1939, in Charleston, a daughter of John James Mains and Audrey Brown Mains. She was reared by her grandmother, Lavina “Vennie” Barrineau Mains, who became her foundation of support after her mother passed when she was a mere lass. Thankfully with the support provided by her family.

She went on to graduate from Bishop England High School class of ‘57 and worked for over 30 years with Southern Bell from which she retired. Her contributions to the world seemed endless as she was the type to give someone the shirt off of her back. She was a profound member of The Divine Redeemer Catholic Church in Hanahan, SC for many decades where she devoted much of her time volunteering (She was a Sunday school teacher, a Eucharistic minister, a Lecturer, a participant in prayer meetings, an instrumental part of the women’s club, she assisted with the St. Vincent DePaul charity organization and much more). She also found the time to volunteer in her local community outside of her church (she was a girl scout leader over two different troops, a 4H leader, a volunteer of the veteran services and much more). In her later years she became a member of St. Ann’s Catholic Church in Santee, South Carolina where she continued to serve the Church and sang in the choir, she met some amazing women and joined the Red Hat Society.

She lived a meaningful and purposeful life as she worked full time, reared four children, donated her time to the church, the community, and also found the time to enjoy the simple things in life. She loved spending time outdoors (hunting, fishing, and camping), she enjoyed watching old westerns, a good football game, but, most of all, she adored spending time with her children, grandchildren and great-grandchildren.

She lived an extraordinary life and was preceded in death by many people in which she held dear to her heart. The most unexpected being her younger brothers, John James Mains II and James Allen Mains. The most tragic, was her son, Timothy Charles Smith of Eutawville, South Carolina.
Elsie is survived by her younger sisters, Linda Underwood and Lavinia Mains Haines, her younger brother, Arthur Ray Mains, Numerous Nieces and Nephews as well as her three sisters-in-law. In addition, Elsie is survived by her children, her eldest son, Wylie “Chris” Smith of Jamestown South Carolina; her two daughters, Charlene Grooms of Eutawville, South Carolina and Michele Campbell of Holly Hill, South Carolina. She also leaves behind sixteen grandchildren: Tiffanie, Chyeanne, Skylier, Calesta, Pierce, Austin, Jacob,Trevor, Cameron, La'kisha, Andrew, Eric, Alex, Megan, JR and Autumn. Thus far, she is succeeded in life by thirteen great-grandchildren: Kaylieonna, Claudell, TyShawn, Xzayvier, Lyra, Ayla DeZonte, Avi, Andrew Jr, Aiden, Kingston, Kobe, Kaiser and hopefully many more to come.