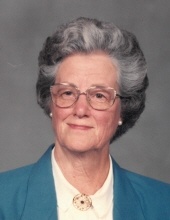 She was born to John Richard and Eliza Read Simons Spiers on April 16, 1921, at Fountain Head Plantation, now covered by Lake Marion. When she was eighteen months old, her mother died, and she was raised by her aunt, Harriotte Spiers and her husband, William Couturier.

Eliza lived her entire life in the Cross area of Berkeley County. She graduated from Cross High School in 1938 and from Winthrop College in 1942. On June 8, 1946, she married Elias Francis Couturier and shortly after moved to their home where she spent the rest of her life.
Mrs. Couturier taught school for 37 years – first at Eutawville Elementary and after her marriage, at Cross Elementary. She coached basketball during her first years teaching and continued to be an avid sports fan especially her beloved Clemson Tigers! Her influence as a teacher will be felt for many years to come and the respect and love she received is evident in the over 200 birthday cards and gifts she recently received for her 100th birthday. Many of those were from former students and most of them including a personal note of love and thanks. She was a member of Delta Kappa Gamma Education Sorority, the Berkeley County Historical Society and the Huguenot Society of South Carolina.

She was a life-long member of The Historic Church of the Epiphany in Eutawville. From her early years, she was very active in her church having served as Church School Superintendent and teacher for many years. She was elected as the first woman to serve on the Church Vestry. Later she was elected to another term. While on Vestry, she was on numerous committees including the Endowment Committee and the Churchyard Committee. She remained on the Churchyard Committee and worked very hard toward the beautification of the grounds. Eliza was an active member of the Diocesan Churchwomen (E.C.W.) and over the years served as president, secretary, treasurer and chairman of various committees. She served on Altar Guild for over fifty years and was chairmen for twenty years. During that time she wrote a training and reference manual for future Altar Guild chairman and volunteers. In 2009 she was chosen as the Diocesan Most Honored ECW Woman of the Year in the Diocese of South Carolina. She was also a member of Daughters of the King which was very special to her.

The family would like to especially thank Cathy Stevens, Sandra Husser, Lutricia Gillard and Ruth Brown who lovingly cared for her and made it possible for her to stay in her beloved home until her death at the age of 100. In addition, they would like to thank Amedisys Hospice for their care during her last weeks. Every member of the staff and each nurse that visited her went above and beyond in order to make her comfortable and give her rest and peace of mind during her last days. We would like to especially thank Karly, her personal nurse and Sarah, her social worker. Their help and support were a huge comfort during this time.

Funeral services will be held Sunday, August 22, 2021 at 2PM at The Historic Church of The Epiphany in Eutawville with burial to follow in the churchyard. The family will receive family and friends afterwards.

Memorials may be made to the Churchyard Fund and The Historic Church of The Epiphany, Post Office Box 9, Eutawville, SC 29048.