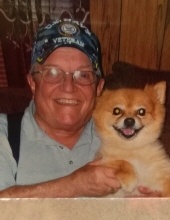 Mr. Edward Coleman “Eddie” Mims, of Jonesville, passed away at the age of 67. Eddie died January 27, 2021 at Spartanburg Regional Medical Center, He is the son of Ruby Mims of Eutawville, SC and the late Harry Mims. Eddie was a graduate of Holly Hill High School and received a degree in Electronic Instrumentation from what is now know as Orangeburg-Calhoun Technical College.

He was a very active member of Putman Baptist Church of Buffalo, SC, where he served as a Deacon, helped maintain the cemetery as well as clean the church and wash the windows. Eddie loved to sing, both as part of Putman Baptist Choir, and with friends and family. Eddie served his country with the United State Navy, as well as having served as a Mason, as Past Master of Calhoun Lodge #81 in Pauline, SC.

Eddie is survived by his lovely wife of 43 years, Teresa Mims, as well as their two children, Joshua Mims, and Katie Orick. Joshua is engaged to Nichole Johnson, along with her daughter Carolina. Katie is married to Jason Orick, and they have two daughters, Ryn and Jaed. Eddie loved his wife, two children, and three grandchildren dearly. Foggy will be missed. He is also survived by his younger brother, Calvin Mims, Calvin’s wife Jan and their children Christopher and Julie.

Eddie had the great blessing of being related to many nieces and nephews, cousins, and in-laws. He loved them as his own, and they loved him. Eddie never met a stranger, nor did he care whether you were related to him or not, or whether he knew you or not. His kindness, love, generosity, and spirit will be missed.

Graveside services will be held at the Eutawville Cemetery Saturday, February 20, 2021 at 2pm.

In lieu of flowers, memorials and expressions of condolences may be sent to The Mims Family at 341 Eagle Point Dr., Chapin, SC 29036.
To order memorial trees or send flowers to the family in memory of Edward "Eddie" Coleman Mims, please visit our flower store.