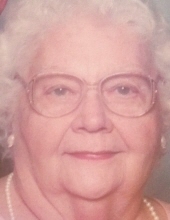 Atlanta, Georgia - Earlyne Mattox Shuler passed away on June 9, 2021, almost nine years to the day of the passing of her beloved husband of 64 years, Franklin Grady Shuler. They are now reunited. Earlyne was born on October 12, 1927 in Richmond County, Georgia. She was the only daughter of Joseph Earl Mattox and Maude Hardy Mattox. She was predeceased by her only sibling, Reginald Hardy Mattox. Earlyne was a pioneer. She was a graduate of the University of South Carolina School of Pharmacy in 1948, and it was there she met Frank. She became a pharmacist because her father said she would always have a job; however, it was not easy to be a female pharmacist in the late 1940s. Earlyne would have to work in the back where she could not be seen because of the expectation that only men were pharmacists. After Frank graduated – he was a year behind because of World War II – the young couple moved to Orangeburg, where they operated a pharmacy. In the early 1950s, Frank went to work for the Upjohn Company in Georgia, and Earlyne would momentarily step away from being a pharmacist to raise their five children. By the time the youngest turned two, the family had relocated to Charleston, and Earlyne returned to the workforce. She would spend the next twenty plus years as a hospital pharmacist, first in Charleston and then in Atlanta. In this role, she not only served the patients but also the hospital staff as a mother to all. In 1987 she and Frank built their dream house on Folly Beach. These would be some of the happiest days of her life as she loved not only being retired in an eclectic community, but she was cast in the role she was created to play, grandmother. When her knees could no longer take the daily grind of living in a house on stilts, Frank and Earlyne moved to Santee in 2002 to live on the lake. She quickly adapted, gaining new friends and new bridge partners. She would remain there until Frank passed away. She moved back to Atlanta, which gave her the opportunity to not only be closer to three of her children, but their children and their children’s children and these would be some of the best moments of her long and well-lived life. Earlyne is survived by her only daughter, Beth Shuler Patrick, and her four sons, Franklin G. Shuler, Jr. (Jane), Homer L. Shuler (Pam), Eric E. Shuler, and Kirk S. Shuler (Miriam). She is survived by ten grandchildren, Robert W. Patrick, Charles E. Shuler, Erica Shuler Hagel, G. Mattox Shuler, Franklin G. Shuler III, Carolyn S. Bettin, Frances E. Patrick, Garrett S. Shuler, Cameron S. Shuler, Carson P. Shuler, and eight great-grandchildren. There will be visitation from 11AM-12PM at Avinger Funeral Home 2274 Eutaw Road in Holly Hill, SC followed by a graveside funeral at 12:30PM, Saturday, June 12 at Island Cemetery, North Providence Community, Santee, SC. In lieu of flowers, donations may be made to the Carolina Fund, Pharmacy, University of South Carolina, Office of Gift Processing., 1600 Hampton Street, Suite 736, Columbia, SC 29208.
To order memorial trees or send flowers to the family in memory of Earlyne Mattox Shuler, please visit our flower store.