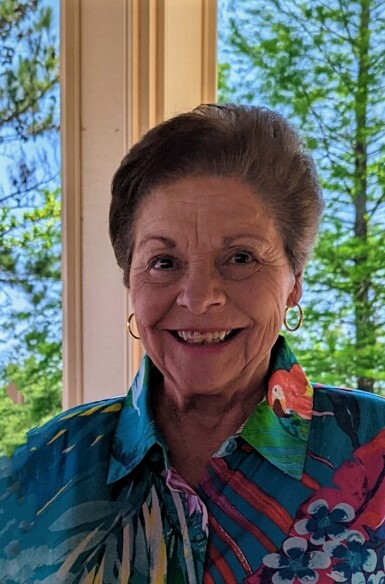 Dianne Crump Brock of Lexington, SC, went home to be with the Lord in the early
morning hours of June 17, 2022. She is survived by her husband Jerry, daughter
Amy Martin of Mount Pleasant (Gregory), grandson Lucas, brother Garland Crump
of Holly Hill (MaryBeth) and numerous well-loved nieces, nephews, and cousins.
She was especially close to two nieces Stacie Crump Walling of Holly Hill and Dianne
Crump Lewis of Summerville. She was preceded in death by her parents, Bertha
Elizabeth Shingler Crump and Garland Nesbit Crump, Jr., as well as her treasured
grandmother Marjorie Cross Crump, all of Eutawville.

Dianne was born and raised on the banks of Lake Marion in Eutawville, SC. At the
age of 18 she met her soul mate Jerry on a Folly Beach outing and would go on to
spend the next 56 years in marriage. Then came a small but especially close family, best friend to her husband and daughter. She was assigned the nickname “DeeDee” by her Dad, which she then became “Dee” to her grandson.

Dianne was known for her strong sense of style, infectious humor and personality,
and love for others, especially those the world discounted. She was a fearful servant
of the Lord who loved others deeply. Her life mattered a great deal too so many
including her former students and colleagues at North Belmont Elementary in North
Carolina and Lexington High School.

Dianne passed peacefully in her sleep unexpectedly and is at her eternal home with
her Lord and Savior, Jesus Christ. Funeral services will be held at 11:00am on
Monday, June 20, 2022 at Lexington Baptist Church with a visitation preceding at 9:45am. Thompson Funeral Home is handling the arrangements. A graveside service will be held later that same day at the Eutawville Cemetery on Highway 6 at 3:00pm in Eutawville, SC.  Avinger Funeral Home will be assisting.

In lieu of flowers, the family requests that any memorial considerations be made to Lexington Baptist Church Missions or Samaritan's Purse.

To order memorial trees or send flowers to the family in memory of Dianne Crump Brock, please visit our flower store.