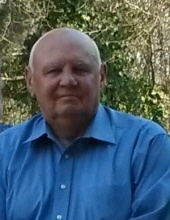 Born on February 11, 1944 in Cross, South Carolina, Donnie was a son of the late, William W. Bilton and Sadie (Garrett) Bilton.

Donnie will be remembered for his kindness and his loving heart. Growing up in Cross, Donnie came from a large family of many, he served his country honorably in the Army - National Guard and he worked as a Utility Operator for Alcoa for over 20 years and he also worked as a Sales Representative for the Coca Cola Bottling Company for over 20 years as well. In addition to his regular work, Donnie worked as a Funeral Assistant for the Avinger Family at Avinger Funeral Home in Holly Hill for 20 years. He was also instrumental in assisting the phasing in of the new ownership with the Smith family. Donnie was a Deacon and a Sunday School Teacher at the Pressley Memorial Pentecostal Holiness Church for over 50 years. He enjoyed going fishing and watching and he was also a huge fan of the University of South Carolina Gamecocks. Donnie enjoyed many things in life, but none will be any greater than his love for God and his family, Especially his great grandchildren.

A gathering of Donnie's family and friends will be from 11:00 A.M. until 1:00 P.M. Friday, December 11, 2020 at the Pressley Memorial Pentecostal Holiness Church, 1689 County Line Road, Cross, South Carolina 29436. Graveside services with Military Honors will be at 1:00 P.M. at the Church Cemetery. Officiating will be Reverends Stan Wilson, Tommy Cox and Jimmy Lambert. Interment will follow the services. Honoring Donnie as pallbearers are Kevin Weatherford, Scott Weatherford, Ricky Phillips, Chris Campbell, Paul Weatherford and Michael Bilton. Honorary pallbearers are Dwayne Campbell and Del Bilton. Donnie's family has requested that all covid 19 protocols be observed for the service, please wear a mask and maintain proper distance.