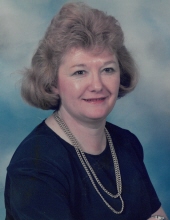 She was born on July 6, 1948 in Holly Hill, daughter of the late Alton and Dora Bunch Coker. She was married to the late John Jackson of Harleyville. Clara was a member of Torch of Truth Ministries. She was a dedicated employee of Piggly Wiggly for 31 years. Clara was a loving mother, grandmother, great grandmother and sister. She never met a stranger and always went above and beyond to help family and friends. She was the rock of her family and will be dearly missed.

In addition to her parents and husband, Clara was predeceased by her brothers, Edgar and Harmon Coker.

Memorial may be made to The Leukemia & Lymphoma Society, Donor Services PO Box 98018 Washington DC 20090-8018.
To order memorial trees or send flowers to the family in memory of Clara Coker Jackson, please visit our flower store.