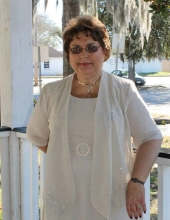 Christine was born on September 11, 1952 in Michigan City, IN to Joseph and Aloysia (Harper) Markiewicz.

She was preceded in death by her parents; husband; and grandson, Steven Vance.

Christine was a patient registrar for nearly 10 years at Franciscan Health Michigan City, prior to this she worked in the billing office for Walter’s Clinic. She enjoyed spending time with family and friends, watching movies and doing fun activities with her grandchildren children, outdoor fires and iris folding craft. Chris recently started at the local university taking computer classes.

Memorial contributions may be directed to the family c/o Gwendolyn Wilson, 2900 Monroe Street, La Porte, IN 46350 or to the donor's choice. Condolences may be shared online at www.cutlercares.com.