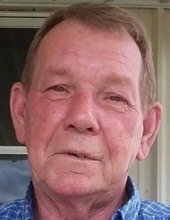 Wayne enjoyed NASCAR, gardening, outdoors and spending time with his daughter and grandsons, along with his family and friends.

A memorial service will be scheduled at a later date.

In lieu of flowers, donations can be made to Avinger Funeral Home, PO Box 203, Holly Hill, SC 29059.
To order memorial trees or send flowers to the family in memory of Charles Wayne Johnson, please visit our flower store.