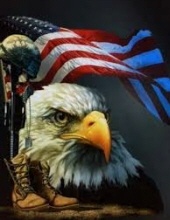 Charles was born on October 15, 1925, the son of the late, Jasper (Jack) L. and Thelma S. Shuler. In addition to his parents, he was predeceased by his son, Charles L. (Charlie) Shuler, Jr. He is survived by his wife of seventy-one years, Sue Weathers Shuler; a daughter, Susan Shuler Shuler (Dave); son, Jasper W. (Jack) Shuler, (Susan); daughter-in-law, Robin Shuler Chinners: grandsons, Dr. Marshall J. Shuler (Amanda), Charles David Shuler, William R. Collier, Wesley R. Collier, (Kalyn) granddaughters, Meredith S. Prescott (Heath), Mary Auburn S. Whitney (Blake), Bess P. Shuler, and great-grandchildren, Milly Prescott, Marley Prescott, Fritz Shuler, and Myers Collier. Charles graduated from Providence High School and attended Clemson College. He left Clemson to enroll in the United States Army and served for two years in the European Theater. Charles was the only son of Jack and Thelma. Being an only son and living on a dairy farm would have exempt him from being drafted. However, he explained he wanted to serve his country just as his cousins were currently doing. He was awarded many medals, including the Bronze Star.
After returning from the Army, he resumed life on the farm. Later he met Sue, a teacher at Providence High School. Following return from war and marriage, he continued to farm for almost 50 years. Charles was a member of Providence United Methodist Church and served on the Administrative Board and as Church Financial Secretary. He was a member of, and served as President to, the South Carolina Pork Board. Additionally, he was President of the Orangeburg County Fair for many years. Charles was a gentleman. a gentle man, and respected by all those who knew him. The family would like to thank Molly Hilliard, Rosa Washington, Gwen Barksdale, Bessie White and Grove Park Hospice for the care given to Mr. Shuler. Memorials can be made to Providence United Methodist Church c/o Frankie Dantzler, 2988 Bass Drive, Santee, SC 29142. Arrangements have been entrusted to Avinger Funeral Home, 2274 Eutaw Road, Holly Hill, South Carolina 29059
To order memorial trees or send flowers to the family in memory of Charles Leonard Shuler, please visit our flower store.