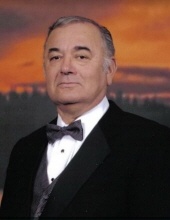 Charles Dean Cooke, 78, of Goose Creek, passed from this life on Monday, February 1, 2021 in the West Ashley Community of Charleston, South Carolina following a Brief Illness.

Born on December 10, 1942 in Paso Robles, Dean was the late son of Edwin Vance Cooke and Louisa Medrano.

Dean was retired from the U.S. Navy Submarine Force, he served from 03/16/1961 to 07/31/1981. He was the owner of Palmetto Mechanical Services, a Dean Cooke Company from 08/1981 until his death. Dean was an avid traveler and ballroom dancer. He was a Bichon Frise breeder and won many awards and titles with numerous dogs from his kennel.

Graveside services with military honors to remember and honor Dean's life will be at 10:00 A.M. Tuesday, February 16, 2021 at the Beaufort National Cemetery in Beaufort, South Carolina.

In lieu of flowers, memorial contributions in Dean's memory may be sent to Woundedwarriorproject.org
To order memorial trees or send flowers to the family in memory of Charles Dean Cooke, please visit our flower store.