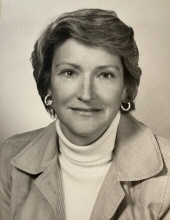 Carol Joan VanHouten, 91, of Santee, South Carolina, wife of the late Eugene B. VanHouten (divorced 1977), passed away on May 11, 2021 at Hoffemeyer Assisted Living at The Oaks in Orangeburg, South Carolina. Carol was a resident of Santee for the past three years, formerly living in Rancho Mirage, California.

Born on September 8, 1929 in New York City, Carol was the daughter of the late Raoul W. Ullberg and Nora Mae Ullberg (Arthur).

Carol spent most of her working life in the medical profession as both a nurse and caregiver. Carol’s biggest joy in life was making new friends, staying in touch with old friends and bringing love and happiness into the lives of everyone she met.

The family will receive friends at a memorial tribute on Saturday, May 22, 2021, at 2pm. All are welcome to join us at this tribute which will be held at the clubhouse, in Bradford Village, located in Santee, South Carolina. Burial will take place at a later date, to be announced.

In lieu of flowers, memorial contributions in Carol’s memory may be sent to The American Heart Association or St. Jude Children’s Research Hospital.

Expressions of sympathy may be viewed or submitted online at www.avingerfh.com
To order memorial trees or send flowers to the family in memory of Carol Joan VanHouten, please visit our flower store.