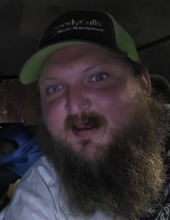 Born on April 10, 1991 in North Charleston, Brett was a son of Charles Rhett Smith and the late, Pamala Marie Smith.

Brett enjoyed being a Connoisseur of Beer, he brewed on his own and enjoyed doing so. He enjoyed Grilling in the outdoors for others and smoking meats. He was very skilled at playing the guitar, Trivia and he enjoyed the learning of History. He was a kind soul who made friends easily with practically anyone. Brett enjoyed spending time with animals and had a special place in his heart for them.

In lieu of flowers, memorial contributions in Brett`s memory may be sent to any charity which rescues and cares for animals.

Funeral arrangements are under the direction of Avinger Funeral Home, 2274 Eutaw Rd., Holly Hill, SC 29059, (803) 496-3434.
To order memorial trees or send flowers to the family in memory of Brett Phillip Smith, please visit our flower store.