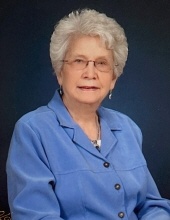 Betty Crocker Shuler entered eternal life in heaven on Sunday, February 20, 2022. She was born on September 20, 1927, in Greer, South Carolina, the youngest child of Hilton Wesley Crocker and Lenora Prince Crocker. She married George Woodrow Shuler on August 5, 1948, and they enjoyed fifty-eight years of loving companionship before his death in 2007.

Betty graduated from Inman High School, Spartanburg Junior (Methodist) College, and South Carolina State University. Her teaching career began at Providence Elementary School and covered a span of thirty years. Three years after her retirement, she was elected as a School Board Member in District Three serving a total of seventeen years and seven months and accomplished the completion of the School Board Association’s Boardsmanship Institute by reaching level Six. For six of these years, she served as Chair of the Board.

While she supported her children, grandchildren, and great grandchildren in their academic and sporting events, she was also actively engaged in her local, District, and Conference of the United Methodist Church. She served as a district officer of United Methodist Women for twelve years, lay delegate to South Carolina Annual Conference, and Chair of the Older Adult Council with a focus on the Spiritual Life Retreat and Mission Event.

Betty and George were co-founders and charter members of the Supper Club, a social club organized in 1949 as The Mr. and Mrs. Club and remained members until their deaths.

The family would like to give special thanks to Joann Howell, Rosa Washington, and Grove Park Hospice for their love and care.

Visitation will be held Tuesday, February 22, 2022 from 5 – 7 pm at the Providence United Methodist Church, 4833 Old State Road, Holly Hill, South Carolina, 29059. Friends and family will gather in Providence United Methodist Church on Wednesday, February 23, 2022 at 11:00am to celebrate her life of faith, hope and love. Betty will be placed in the church one hour prior to the service for those wishing to say their goodbyes.

Memorials may be made to Providence United Methodist Church or Epworth’s Children’s Home in Columbia.