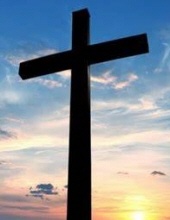 Born on December 6, 1960 in Orangeburg, South Carolina Lynn was a son of Bernie Leon Watkins and Alice M. (Simmons) Watkins.

Lynn will be remembered for his love of the outdoors. He enjoyed hunting, fishing, gardening and spending time with his family. He was always willing to lend a hand where he could.

Lynn is preceded in death by his father; his sister, Melinda Faye Watkins and both sets of his grandparents.

Services are to be held privately within the family.