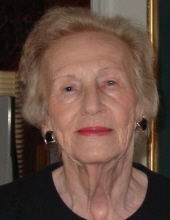 Vernell Cooper Mims, age 93, of Chapin, SC, passed away Tuesday, July 3, 2018. Mrs. Mims was a loving wife, mother, grandmother, and friend. Funeral service will be held on Friday, July 6, 2018, at 3:00 pm at Avinger Funeral Home Chapel. The family will receive friends one hour prior to the service at the funeral home.
Mrs. Mims was born April 8, 1925 in Salley, SC, to the late Martin Cooper and the late Ida Stephenson Cooper. She was predeceased by her husband of 54 years, H. Kenneth Mims and her daughter, Gail Mims Osborne.
She is survived by her grandchildren Melissa Albergotti and Ken Albergotti, and great-granddaughter Mims Stewart. Also surviving are her son, Harold Mims and his wife Eladia, grandchildren Hal Mims and Jane Mims Massenburg (Paul); and great-granddaughter Julia Massenburg.
Memorials may be made to Eutawville Cemetery or Holly Hill First Baptist Church.
Arrangements entrusted to Avinger Funeral Home, 2274 Eutaw Road, Holly Hill SC, 29059, (803) 496 3434
To order memorial trees or send flowers to the family in memory of Vernell Cooper Mims, please visit our flower store.