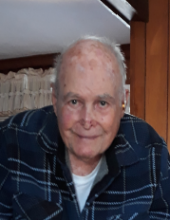 Pate Phillip Prosser, the eldest child of eight born to Dora Gaskins and Phillip Prosser on March 07, 1929 in Florence County, SC, died Thursday, September 10th at the Victory House for Veterans in Walterboro, SC. The graveside funeral will be held at 10:30 A.M. on Wednesday, September 16th at the Eutawville Cemetery . Masks and social distancing are requested.

Pate was a US Army "Buck" Sgt. enlisting at the age of sixteen. He served in the European theater as part of the Quartermaster Corps - 521 Carbine Infantry assigned to protect and maintain the supply chain. He volunteered for the War Dog K-9 Corps. While enlisted Pate served in Raimes, France; Giesen and Darmstadt, Germany. He received an honorable discharge in 1948/1949 after having "re-
upped" in the USAF because there were no jobs available at that time. He graduated Johnsonville High School on the GI Bill in 1953 and had fathered two children by his German War Bride, Edith Bockhardt Prosser. There would be a third child born in 1957. The young family lived in Johnsonville, Georgetown, and Charleston. Following retirement from Seaboard/CSX Railroad in 1987 Pate and Edith
settled in Eutawville "on the lake."

Pate loved children, dogs, growing and rooting plants, especially grapevines, grapefruit trees and nearly any type of red rose. He never forgot his farm boy roots. He always remembered his many friends from high school along with his railroad work associates throughout his life. He told everyone that he wanted to be remembered as a good neighbor. In Pate's later years due to failing eyesight, he enjoyed Talking Books for the Blind. The family thanks them for providing much comfort along with close friends, Mary and Jerry Gries. Pate was predeceased by his son Norman and his wife Edith. He leaves behind his children: Doreatha (Sam) Pierce and grandson Austin (Stephanie); daughter in law, Gloria Prosser and grandson Christopher; Kasandra (Henry) Doughty and grandson Pierce and three great grandchildren, Pate, Michael and Kadee and step great grandchild Rebecca Hair.

Expressions of sympathy may be viewed or submitted online at https:// www.avingerfh.com/.

Funeral arrangements are under the direction of Avinger Funeral Home, 2274 Eutaw Road, Holly Hill, SC 29059, (803) 496-3434.
To order memorial trees or send flowers to the family in memory of Pate Phillip Prosser, please visit our flower store.