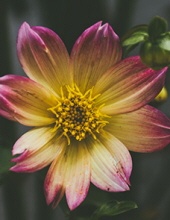 EUTAWVILLE- Nelida Alberty Vititoe, 87, died February 7, 2018 at her home in Eutawville, SC. She was born February 28th, 1930 in San Sebastian, Puerto Rico to Lirita Hernandez Alberty. She worked as a seamstress making clothing as well as costumes for productions, including those of the Robert Ivy Ballet in Charleston. She was devoted to her sewing and crafting, making many prize worthy floats for the Eutawville Village Festival parades as well as pageant dresses. She is a widow of the late Don A. Vititoe, Air Force veteran and Naval Shipyard retiree. They were married in San Sebastian Puerto Rico on March 22nd, 1952. She is survived by her daughter Myra V. Chubb, son in law Harry T. Chubb, granddaughter Amelia N. Chubb, and sister Kenny Whitehead of Corpus Christi, Texas. Graveside service will be held 1 pm Saturday, February 10 at the Eutawville Cemetery with Tommy Wolpert officiating. The family will receive friends from 5 pm until 7 pm Friday at Avinger Funeral Home. Memorials may be made to the Eutawville Cemetery, PO Box 5, Eutawville, SC 29048.

29059
To order memorial trees or send flowers to the family in memory of Nelida Alberty Vititoe, please visit our flower store.