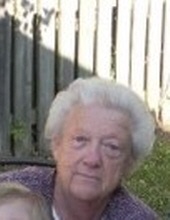 Born on January 1st, 1932 in Dorchester, Lula was a daughter of the late William Curtis Mizell and Bessie Mizell.

Lula was member of the First Baptist Church of Eutawville. She enjoyed fishing, gardening and working in her yard.

A private interment will be held at a later date.

In lieu of flowers, memorial contributions in Lula`s memory may be sent to First Baptist Church of Eutawville, P.O. Box 484, Eutawville, SC 29048.
To order memorial trees or send flowers to the family in memory of Lula Ann Ayers, please visit our flower store.